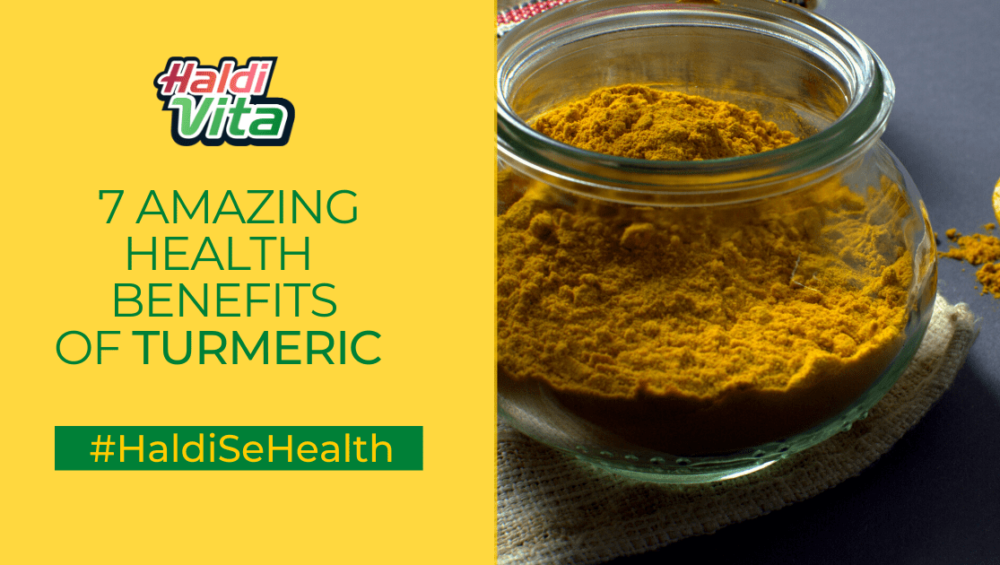 Turmeric or Haldi is considered an important herb that is deep-rooted in Indian tradition and Ayurveda. There are several types of research show that it has amazing health benefits for the body and overall health.

Curcumin is widely used for curing many conditions such as premenstrual syndrome, depression, gingivitis, hangovers, and even high cholesterol. In this blog post, we are going to explore the top 7 scientific health benefits of turmeric.

Turmeric is commonly used to fight inflammation. As per the past study, if you consume curcumin in the right dose, it can be a more effective anti-inflammatory method than normal medications like aspirin and ibuprofen. This herb may help treat conditions such as arthritis, pancreatitis, and inflammatory bowel disease.

There are many compounds in turmeric that can support your health. Curcumin is one of the most powerful compounds. According to research, 60 people have a depression problem. They were randomized into 3 groups.

After 42 days, the 1st and 2nd groups had got similar improvements. However, the third group that used fared best.

So, curcumin acts as an antidepressant medicine.

It can keep low blood sugar levels so it considered a powerful treatment to treat or prevent type 2 diabetes.

According to Nutrition & Metabolism July 2019 study; there are obese mice with type 2 diabetes. Turmeric has given to mice and after 16 weeks, it was revealed that curcumin supplements helped lower sugar levels.

According to several past studies, curcumin help prevents and treat diabetes, as well as related disorders such as diabetic nephropathy. Research is still going on. Unfortunately, there is one drawback that several studies have been done on animals only, not people.

According to numerous studies, it has been found that Turmeric may help to prevent or treat cancer. Turmeric has also been found to affect cancer spread, development, and growth at the molecular level. In the laboratory, researches show that it can also decrease cancer cell growth as well as slow down the growth of the tumor in animals.

According to a study, consuming curcumin extract by mouth two times a day for 90 days reduces triglycerides in obese people with high cholesterol.

This herb acts like a Natural Blood Thinner. Blood clots occur when blood cells shift to an injury spot to bung the injured area. It is a common physical function. Occasionally, many health issues arise that need blood-thinning to prevent blockages.

This product has shown feasible as an anticoagulant under somewhat conditions. It affects many stages of the coagulation process such as hemostasis as well as thrombosis.

Turmeric is an herbal type of medicine that is used for treating skin cancer, liver ailments, RA, wound healing, conjunctivitis, urinary infections, chickenpox and many more. Curcumin has many evidence-based health benefits like heart disease prevention and Alzheimer’s. It is considered as an antioxidant and anti-inflammatory. If you are going to add curcumin and turmeric to the regimen, talk to your physician. It’s imperative to ensure that any health supplement you want to consume does not conflict with other medications.