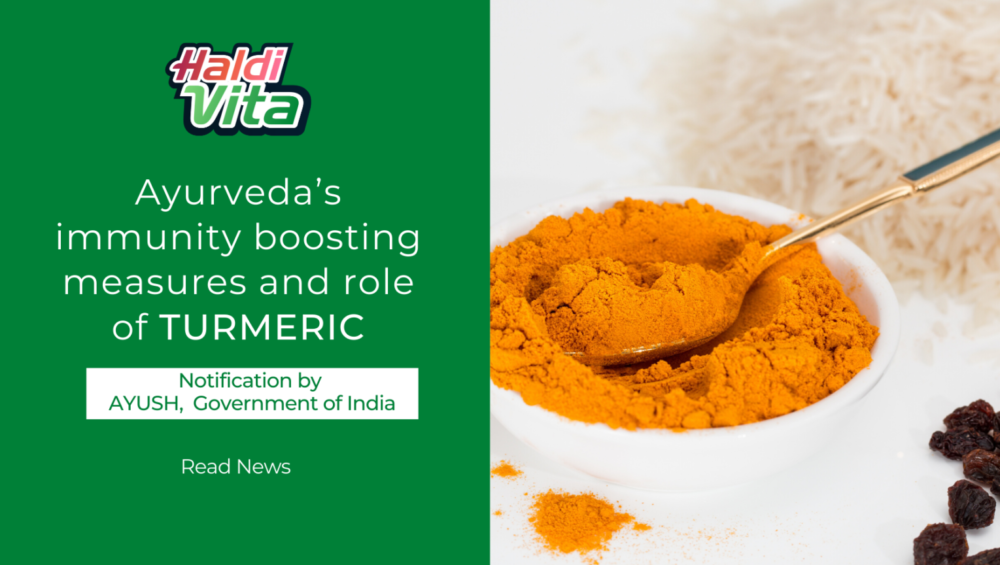 One doesn’t realize what a powerful Ayurveda product HALDIVITA is. This is a product that is a very powerful immunity booster age that helps fight various viruses and infections. It is a powerful antioxidant and has anti-inflammatory that will help you to fight infection.

Several research studies have validated the role of the whole turmeric as a powerful immunity booster and the same is validated by the AYUSH ministry of India as well.

During these testing times, Prime Minister Narendra Modi and his Ayush ministry have issued an advisory on immunity-boosting measures and self-care during the recent crisis.

This notification issued by the Government of India also talks of Haldi milk or Golden milk which is an ancient remedy against infections. At Haldivita, we are working towards building awareness about the importance of Turmeric/Haldi and its impact on boosting immunity.